Multi-award-winning Liverpool Central Library combined exacting refurbishment and the introduction of new 21st century spaces. This complex scheme involved the demolition of existing buildings and the construction of a new world-class library and archive facility. A fine balance was struck between restoring the adjacent existing Grade II-listed buildings and introducing new, modern spaces.

The new library and repository building consists of a concrete framed five-storey structure with post-tensioned floors. A particular challenge was the design of the repository floor which had to be designed to cope with the Brunzeel automated storage racking system which can only operate within very tight floor deflection tolerances.

Further, the repository required sophisticated environmental control to preserve historic documents and the concrete mass played a part in this environmental strategy.

The retained listed façade to main front William Brown Street elevation was sympathetically supported and restrained by the new structure.

At the project’s inception, we invested time in identifying potential site development constraints; these included unexplored ordnance, a culvert easement, party wall to the new Museum of Liverpool structures and interfaces with the existing retained listed façade.

Part of this approach included an appraisal of the various structural forms, including structural steelwork, in-situ reinforced concrete and posttensioned concrete. All of these materials were used to provide optimised solutions. The retention of the façade to the William Brown Street elevation required careful consideration so that the building to be demolished could be carefully and methodically disconnected from the façade. In its final form, the façade was to appear effectively free-standing and was supported with concealed structural interventions, so that its full height could be seen from the central atrium.

Close liaison with adjacent neighbour, New Museum Liverpool and its advisors was vital to understand their needs and concerns. Frequent communication enabled the development of practical and cost-effective solutions to party wall support which was acceptable to all parties and minimised any risk to the project.

Investigation of the existing structure before demolition was problematic due to occupancy of the library. It was subsequently discovered that a void within the party wall between new Museum of Liverpool and the library housed museum display cases. Originally it was envisaged that the party wall would need to be propped; however by designing a system of ties and struts across the 1.2 metre gap enabled both walls to act as a diaphragm, thus eliminating the need to prop the wall during the demolition process and subsequent construction. This solution simplified what would have been a complex site-wide demolition and retention scheme, resulting in reduced cost and reduction in programme for this phase of the contract. 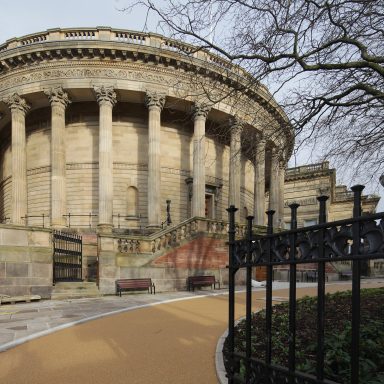 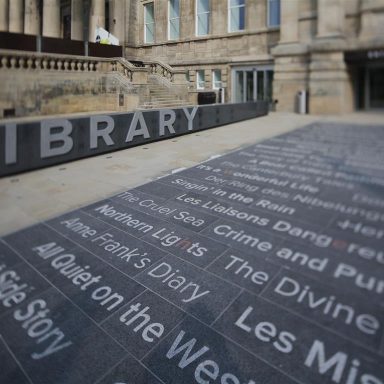 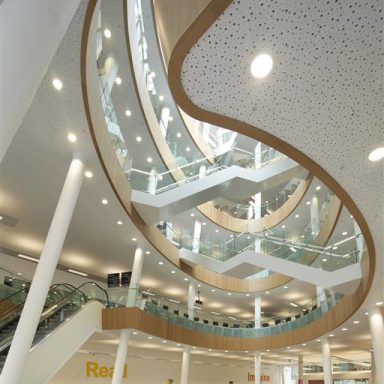