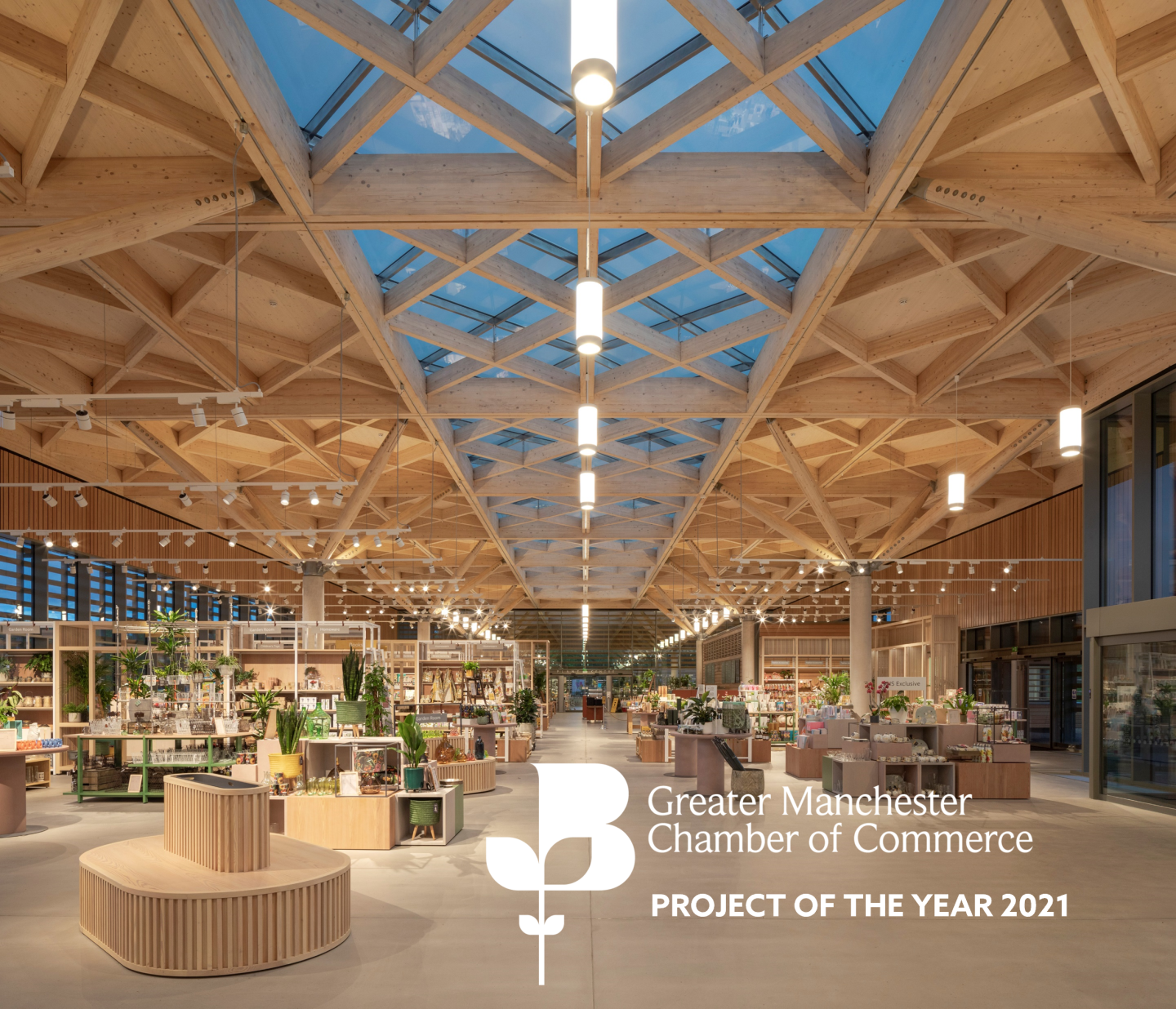 RHS Garden Bridgewater Visitor Centre was announced as winner of the The Greater Manchester Building of the Year award 2021.   A dinner was held on Thursday 3 March and the award was presented to John Pye of RHS who was accompanied by  Rory O’Connor  and Jon Smith of RoC as part of the design team who were on hand to pick up the award.

“We were not only celebrating the winning buildings but also the resilience of the sector over the past two difficult years. We can hopefully now look forward to a brighter future as the economy starts to recover from the pandemic and we see progress on the many great developments that are being planned for the city centre and across Greater Manchester.”

RHS Garden Bridgewater is the fifth RHS garden and one of the largest gardening projects undertaken in Europe in recent years.