RoC Consulting was appointed by Portsmouth City Council to be a part of its exciting vision to create a multi-modal transport interchange, combining Portsmouth railway station, the Gosport and Isle of Wight ferry terminal and a brand new bus station. Commenced in 2014, the project has been commissioned to replace the current facility constructed in 1977.

Comprising a suspended, reinforced concrete deck which supports inverted ‘T’ pre-stressed beams over Portsmouth Harbour, the project is a major step forward in the city’s regeneration and infrastructure strategy.

The proposed interchange which serves 3.5 million people each year provides common access between The Hard and the railway station, with levels over the existing deck being regraded. Where necessary, expanded polystyrene blocks have been used in conjunction with foam concrete. This helps achieve the new levels, minimising the effects of increased dead loads on the existing structure.

The new Pavilion building is approximately triangular in plan form and features a series of structural steel frames, with stability being provided by vertical braced bays to the side elevations and braced bays perpendicular to the main bus stand elevation.

A wind canopy sits above the interchange to shelter passengers as they move between the building and buses, while additional facilities include a separate waiting area for those taking a taxi.

Due to the constrained nature of the site with the deck suspended across the harbour, a number of challenges, for a project of this scale were presented these included: 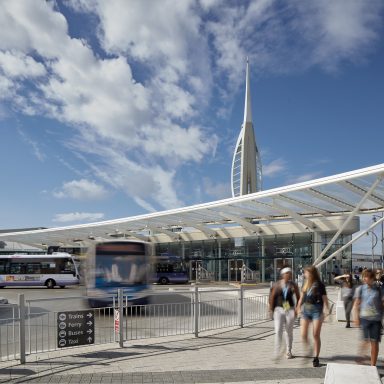 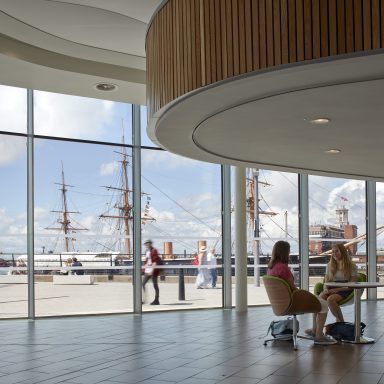 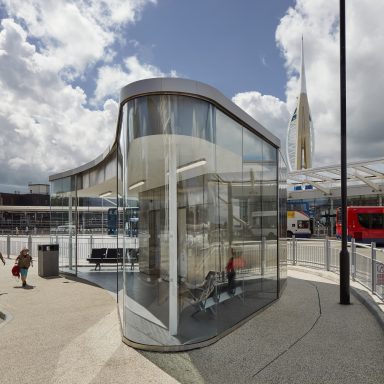 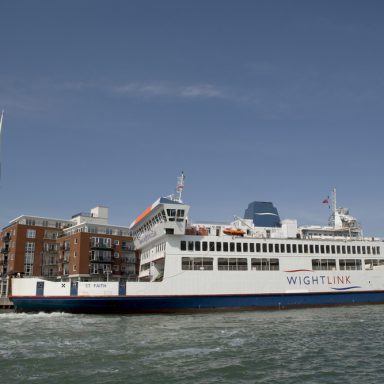 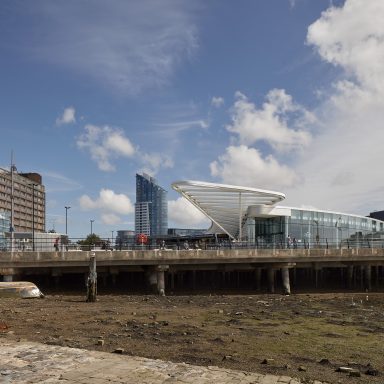 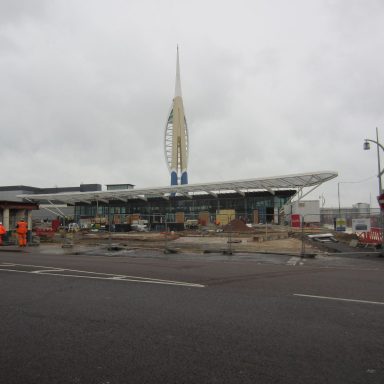 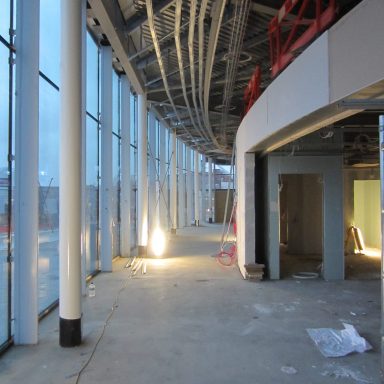 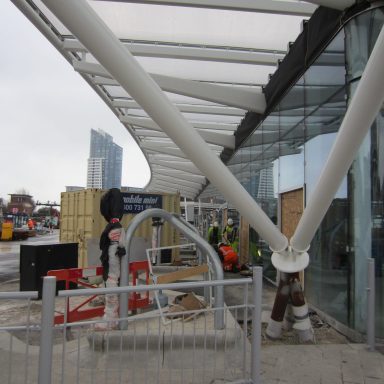 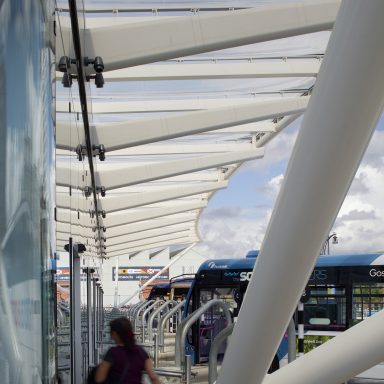