Situated just outside of Castlefield conservation area, the local neighbourhood surrounding the site exhibits its industrial heritage through number of large grand Victorian mill and warehouse buildings, assembled on a linear strip of land following the edge of the Bridgewater Canal.

This new build residential scheme provides 415 apartments and 31,200 sq ft of commercial space within four blocks of 7, 8, 10 and 16 storeys positioned along the edges of the site around a central courtyard. A fifth, smaller building containing a further 5 apartments sits within the courtyard. Provision has been made for 144 basement parking spaces beneath the buildings and courtyard.

The site is in a very commutable location to the city centre being next to Manchester’s Metrolink Cornbrook Interchange.

Opposite the site sits the Grade II Listed retail shop Insitu (formerly the Old Turville Public House) which was built, estimated to be around 1870. Every effort has been made to ensure the new development is designed in keeping with its surroundings. Predominantly the red-brick facades dominate a number of distant views and serve as landmarks for orientation and local distinctiveness. 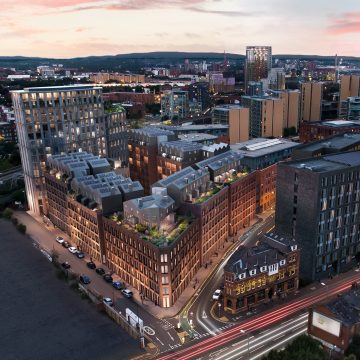 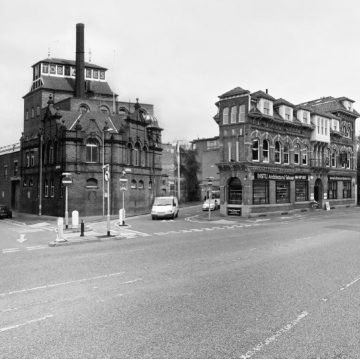 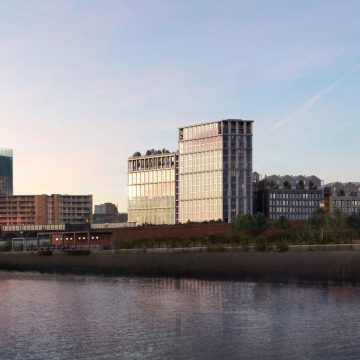 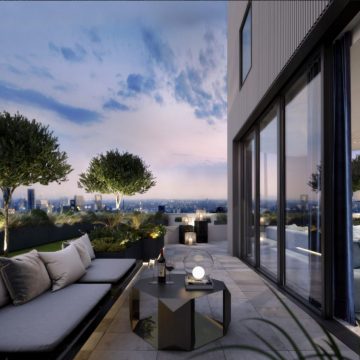